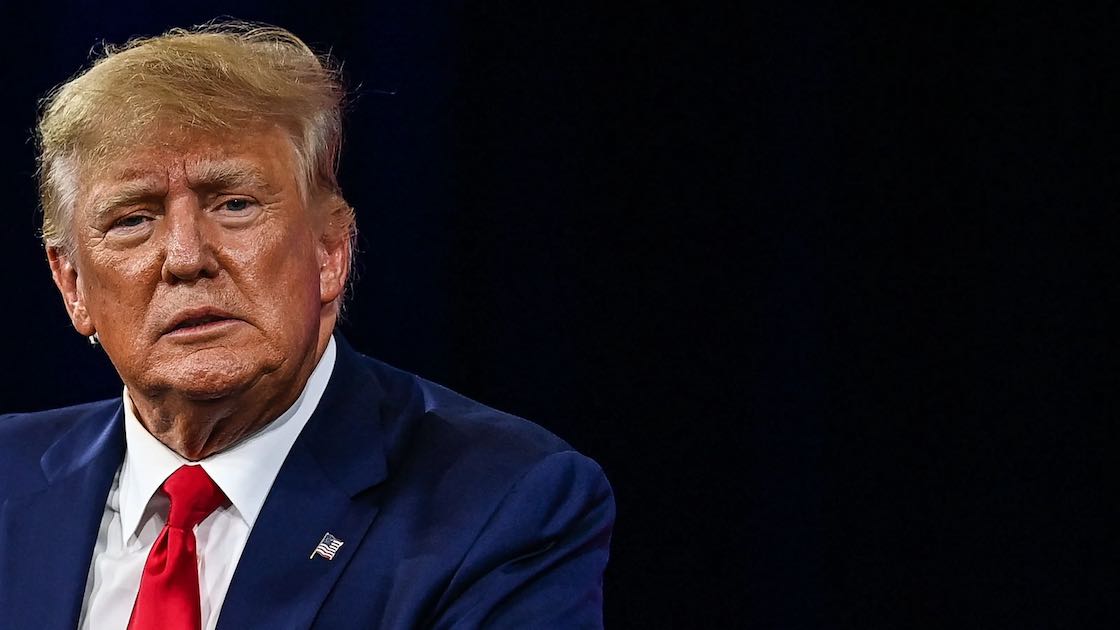 “Treason is the crime of betraying one’s country by attempting to overthrow the government.”

The January 6th Committee is presenting the criminal case of Trump’s treason (seditious conspiracy) to the American people in a series of public hearings that began on June 9th. The focus is on Trump but the committee is also exposing the criminal responsibility of allies close to Trump who helped him try to overthrow our government through the testimony of Trump’s inner circle. The committee is also warning us that the threat from Trump is ongoing and continuing. Trump really could return to power because he and his allies are changing the laws in Republican led state houses across the country to provide him with a Trump loyal slate of electors that could be appointed by state legislatures, overturning the will of the voters. Trump and the Republicans are ready to cheat to win and they won’t need a violent mob next time.

What the Committee Revealed

What we saw in the first two hour prime time hearing was a strong opening statement and a preview of the coming evidence told to us by Bennie Thompson and Liz Cheney. There was supportive video and live testimony from two witnesses who were at the scene of the insurrection on January 6th who described what they saw and experienced first hand that day. Video clips of statements made by former AG Bill Barr, Ivanka Trump, Jared Kushner, General Mike Milley and numerous others from Trump’s administration were masterfully woven into the story narrated by Cheney and Thompson.

This first hearing set up the overview of the case that Trump was determined to stay in power as president by hook or by crook and foreshadowed what he did to mastermind and pursue seven schemes to overturn our country’s free and fair election with the help of allies, right wing extremists and Fox “news”.  One scheme after the other was tried, ran into roadblocks and failed. The planned attack on Congress on January 6th became Trump’s last stand to stay on as president in 2020, but the danger to our democracy from Trump still exists.

The Big Lie as Motivator

Trump purposefully and intentionally used the Big Lie about nonexistent election fraud to get his supporters to show up en masse at the Ellipse that day with the goal of getting a mob to stop the electoral count that would force Trump to leave office.  Fox was his close ally deliberately disinforming Trump supporters about the truth about the election which was hyped as rigged and unfair. Far right extremists understood they were being enlisted by Trump’s tweets to show up on January 6 it “will be wild”.  These extremists had a plan. They led the crowd right on cue and on time to disrupt the work of Congress. They came prepared with a broadcast system to inform the crowd about what Trump was tweeting out, inflaming the crowd and directing them to go after Mike Pence. There were chants to hang Mike Pence. A noose was erected. They wore body armor. They brought weapons with them.

We heard about how the mob engaged in hand to hand wartime combat from Caroline Edwards, one of the injured police officers, an articulate young woman who was no match for the thugs who shoved her down and assaulted her and the other officers trying to protect congressional legislators from being viciously attacked by this mob.  Edwards recounted how she saw her fellow officers bleeding, vomiting, turning white after being sprayed and how she was slipping in their blood on the ground. These thugs were Trump’s goon squad, carrying out his bidding to stop the Electoral Count.  And Trump was delighted they were fighting for him. He eventually told them to go home after many hours and after being told over and over to make them stop, but he also told them they were “special” and “we love you”. One of the best moments of the hearing was the juxtaposition of Trump’s gaslighting tweet after the attack in which he falsely portrayed the mob as a bunch of nice guys, saying there was a lot of “love” that day.

What was established in the first public hearing:

2) Trump was informed in no uncertain terms that the election was NOT stolen. His team told him that numerous times. Trump’s Big Lie that the election was stolen was central to his scheme to stay in power. He lied to his supporters to get them to come to Washington en masse to bulk up and engage in the insurrection that would be spearheaded by far right extremist groups that included the Proud Boys and Oath Keepers.

3) The insurrection at the Capitol was not happenstance or a spontaneous act by Trump supporters. It was preplanned and it was part of Trump’s last stand to stay president. Trump’s misled supporters really believed the election was stolen because Trump told them that. They came to DC to protest what they thought was a stolen election. They were duped by Trump, Fox and conservative media into being part of an invasive brute force to help the extremists enter the Capitol and disrupt the proceedings. Once at the Capitol, Trump’s base supporters were riled up by the extremist leaders to attack and enter the buildings, breaking doors, fighting in hand to hand combat with Capitol police with the goal of disrupting Congress and also capturing congressional leaders like Nancy Pelosi and Mike Pence and others. This was Trump’s goal. He almost achieved it. And it was carried out with the help of others we will certainly learn more about in future hearings.

Nick Quested was a videographer embedded with the Proud Boys who established that the Proud Boys were not even interested in hearing Trump’s speech at the Ellipse. To his surprise, these people were engaged in casing the joint (Congress), looking for the less protected areas where they could penetrate the Capitol more easily. They went to eat tacos before the attack began. When you are about to engage in hand to hand combat for hours you need nourishment.

4) The Oath Keepers and Proud Boys plotted together the day before the attack on Congress in a garage.  They came prepared on January 6th wearing flak jackets and protective gear, carrying bear spray, pepper spray and other weapons. They also brought guns and ammunition which they stashed in their hotel rooms. The plan was to use these weapons if Trump declared a state of emergency and used his presidential power to order the military to take over of Washington, DC. Trump was not able to do in part because of the actions of Mike Pence.

5) Pence realized before January 6th that Trump had turned on him because he refused to go along with Trump’s plan. Mike Pence refused to do Trump’s bidding. He had been totally loyal to Trump throughout the presidency, but like Bill Barr, Trump’s plot to stay in power after losing a fair election went beyond Pence’s willingness to be a toady anymore. He not only refused to pretend that slates of fairly elected state electors should be challenged, he refused to leave the Capitol with FBI agents he rightly feared might have been sent by Trump to whisk him away so that chaos would ensue at the Capitol allowing Trump to use his presidential power to call for martial law. At the White House while the attack was ongoing, Trump told allies in his inner circle that maybe the mob had it right about wanting to hang Mike Pence, saying he “deserved” that.

6) Trump did nothing to stop the violence despite calls to do so from every quarter including his closest allies. General Milley recounted hearing only from Mike Pence who asked him in no uncertain terms to get help to stop the mob attack. Trump did not try to stop his supporters. This is evidence of Trump’s state of mind. He wanted his supporters to stop the electoral count. They were doing exactly what Trump wanted them to do. He was not at all interested in stopping them.

There was no evidence so far of direct communication between the Trump team and violent extremists led by the Proud Boys and Oath Keepers in the first presentation. But Bennie Thompson is suggesting in interviews with journalists that they will be presenting evidence of these extremists communicating directly with people in Trump’s orbit. The Justice Department has more tools including subpoena power that they could use to find out more than the House committee could about this connection between Trump’s inner circle and the violent extremists. I think the House is indirectly asking the Justice Department to take it from here and work the case.

We Are the Grand Jury. DOJ Could Indict

Whether or not Trump is indicted and tried for the crime of seditious conspiracy, the January 6th Committee is presenting the evidence to our country as if we are a grand jury. The Committee is not done with its investigation. But it does not have the power to indict Trump. The Justice Department does. Based on what we learned yesterday, Merrick Garland may well eventually face the difficult decision about whether to indict Donald Trump and what that might do to our already divisive country if he does.

Not all of the connections have been made just yet that would mark Trump as an indictable co-conspirator for sedition. Trump could still wiggle out. The Proud Boys and Oath Keepers who are said to be cooperating with the DOJ will be key in this regard. DOJ could find out  how far up the chain of command the criminal conspiracy went. We know from journalists that the Proud Boys had a close relationship with Trump ally Roger Stone and these same plotters met with Stone in the days before the insurrection.

What we saw yesterday is the beginning of the presentation to all Americans who are watching these hearings. And 20 million Americans did watch last night! Far more than the numbers who watch Fox “news” hosts like Tucker Carlson. These Fox hosts have an audience size of 3.6 million.

Liz Cheney and Bennie Thompson, the face of the Committee, said some things that will be remembered for the ages. But I thought nothing was more telling than this quote from Liz Cheney:

“Tonight, I say this to my Republican colleagues who are defending the indefensible: There will come a day when Donald Trump is gone, but your dishonor will remain.”

Whether or not Liz Cheney survives her re-election bid to be a Senator from Wyoming (she is currently down 26 points), her legacy as a defender of our country and our democracy will forever be part of our American history.

What we are witnessing is remarkable. This is a huge moment in our history. Trump tried to overthrow our democracy and stay in power against the will of the voters. Ultimately and it will be up to us to show up to vote in 2022 and 2024 to save our country from Trump.