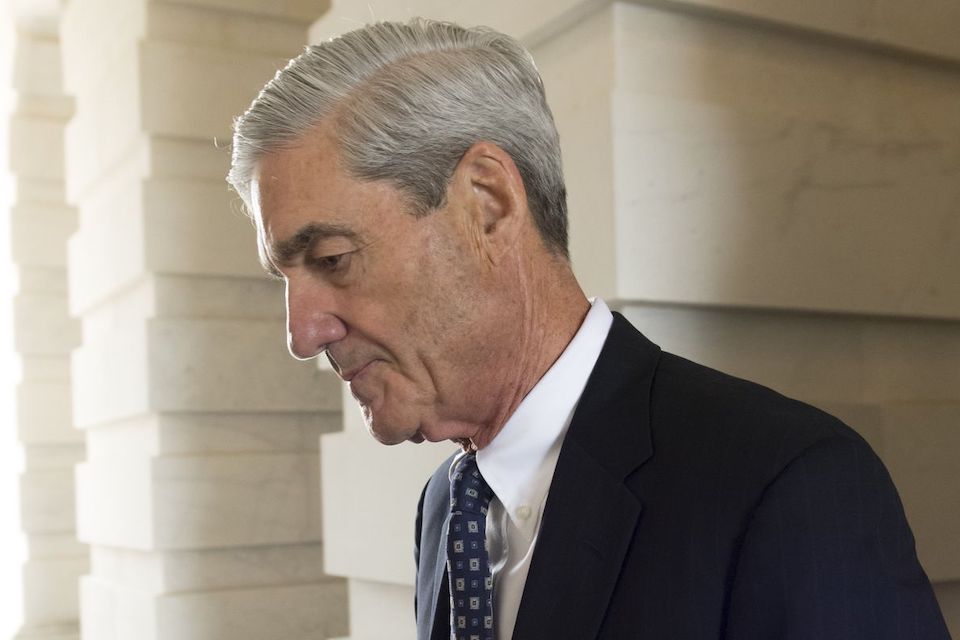 It was finally Mueller Time this Wednesday and anyone who had hoped that Mueller would be an outspoken warrior for impeachment was sorely disappointed.  In the morning session, before the House Judiciary Committee, Mueller seemed to be feeble and at times confused, shuffling through his papers when asked about whether this or that was in his Report.  Instead of responding to questions with energy, pushing back against the mischaracterizations coming, at times, fast and furious from Republican lawmakers who were eager to assert that there was something nefarious in the origins of the investigation having to do with the Steele Dossier and other bogus claims, Mueller seemed uncertain and failed to correct serious inaccuracies by Republicans.  One could wonder if this might have been the reason Mueller tried so hard not to have to testify before these committees.  He was not a strong witness for impeachment but that was not his goal.  Is goal was to be a trusted teller of the absolute truth without being partisan.

The afternoon session in front of House Intelligence, his performance picked up.  Clearly Mueller was not happy to be there.  He had also signaled in advance of his testimony that he would not go beyond the four corners of the Report and he mostly stuck to that vow.  He did not answer over 100 questions asked by both Republicans and Democrats.  But when he wanted to make a point he could be emphatic.

There were important take-aways from the hearings.  Mueller was able to underscore and clarify key facts that contradict Trump’s version of reality and may gather momentum as the information penetrates and seeps into public consciousness, slipping under the Fox News barrier over time.

Here are the take-aways.

1) The Russians attacked our election in sweeping fashion and the Trump campaign benefited and welcomed that interference to help him win.  The Russians have never gone away and are currently working to damage our elections “as we speak”.

2) The investigation did not establish a conspiracy (a “handshake” deal) on the part of the Trump campaign working with the Russian government but there were over 100 shady contacts between Russians and Trump campaign members.  Just because something is not found to be criminal does not mean it is ethical or exemplary behavior and we should expect our president to behave in ethical ways not un-American ways as Trump did.

3) The Russian investigation was not a hoax or a witch hunt.  Trump’s exhortations about no collusion and no obstruction were false.  Mueller was clear and convincing about that.

4) The investigation did not exonerate Trump. Mueller was clear about that also.  Mueller hedged about whether Trump could be indicted after leaving the presidency.  At one point in response to a question from Rep Lieu he said Trump could be indicted but after the break he walked that back making sure he was clear that his team had not reached a decision about Trump’s guilt.  Nevertheless the potential for indictment of this president once he is out of office lingers and will hang over his head like a dark cloud.  One concern we need to have is that if Trump is re-relected but not impeached, the statute of limitations could allow Trump to totally avoid having any consequence for his illegal behavior. He would truly become a man who is above the law.  Therefore, Trump will have every incentive to lie, cheat and steal his way to being re-elected.

6)  The president is a friggin liar and so were members of his campaign team.  Of course we knew that.  His close campaign aides were lying liars and many were indicted and convicted for their lies to the FBI. In response to pointed questions, Mueller established that Trump was  “generally” lying about a lot of things including his written answers to the Special Counsel and he lied when he said he had no connection with Russians when he was setting up his Trump Tower deal.  The president might still be working on getting a deal with Russians for a Trump Tower for all we know.  The Russians may have compromat over Trump and others in his administration for all we know.  Mueller did not follow the money but the House really needs to do that with increased urgency.

7) The president interfered with the investigation but because of people like Don McGahn, who stopped him from firing Mueller, the obstruction was not successful in ending the investigation.  Trump benefited from the guardrails imposed on him by others.  But note that those guardrails are now mostly gone.

8) Mueller was very upset about what Russia did and is still doing to interfere in our elections and damage our democracy.  Mueller conceded that this is likely to be the new normal.  We should expect not only attacks from Russia but other countries.  He was willing to say more about the threat we are facing from the Russians to assault our elections than he was willing to say about obstruction.

9) There are a number of key investigative leads that Mueller did not pursue and that need to be investigated and will be pursued by the House.

10) In response to questions from Raja Kristhnamoorthi we learned there are continuing counter-intelligence investigation(s) that are ongoing that could be very important and really vital to our democracy because the Russians and other countries are still trying to attack our democracy and people in Trump’s orbit as well as Trump himself may well be compromised by their financial ties to foreign adversaries.

11) Mueller believes we deserve more ethical and patriotic behavior from a president.  Those comments and some other pithy responses from Mueller make great sound bites.

The best interrogation was done by lawmakers who asked questions that required a yes or no answer as if doing a cross examination instead of a direct examination of the witness.  On a direct exam you ask open ended questions that allow a witness to expand his answers.  On a cross you ask narrow, focused, pointed questions that require the witness answers with a simple Yes or No.  You build your evidence with the witness saying “yes” or “no” etc to everything you are asking, and then you end by summarizing what was said.  Because a congressional hearing is not an actual trial, lawmakers are at liberty to testify and summarize in a far more conclusive fashion than would be possible in a trial where there would be an objection: “Objection!  Counsel is testifying!”   A judge would stop counsel and reprimand him or her.  But there is no judge in a congressional hearing.  So both sides can do a lot of grandstanding and testifying.

Both Nadler and Schiff did a very good job of starting with an overview and ending with a summary that helped the listener/watcher to get a fuller picture.  Many of the lawmakers did a good job of doing a cross examination: Eric Swallwell, Raja Kristnamoorthi, Adam Schiff, Sean Maloney, Andre Carson, Karen Bass, Val Demings and others got great sound bites that could and should be used in anti-Trump ads for 2020 and might seep into the consciousness of the country and get people to wake up to the danger to our democracy from this corrupt and lawless president.

In short, even though Mueller was a relatively recalcitrant witness for both the Republicans and the Dems and the overall effect was more of a slough than a bombshell, there are excellent sound bites that, once they are played back to back, are damning for Trump.

Will this move the needle when it comes to Nancy Pelosi being willing to start an impeachment INQUIRY?  Possibly.  After the hearing she appeared with other House leaders and said she wants to bring the strongest possible case to present to the American people and that means the House has to get more evidence in front of the American people.  Pelosi, Nadler, Schiff, and Cummings will pursue further investigation and follow the money since Mueller did not.  The people who need to testify before the House are a series of fact witnesses including Mueller’s own team members.

Pelosi’s plan is to keep up the drumbeat, exposing Trump, peeling back his facade, starting after the summer break and going all the way to the election.  Whether the House uses the “I” word or not, her main goal is education and revelation about Trump while the candidates on the Dem side are winnowed down until we get to the convention and choose a leader for the Dems who can talk about the kitchen table issues and will also have a lot of ammo to use against Trump that will have come out in public House hearings.

So.  Okay. We didn’t get the dynamic movie version but we did get the makings of some convincing sound bites and the potential for more traction if the information we got from Mueller penetrates the public space and makes its way past the Fox News distortion field.  And we also got a lot of ammo against Mitch McConnell to stop preventing the Election Security Bill (that would protect our elections from foreign interference) from coming to a vote in the Senate. Mueller was clear and convincing that we need to act now to protect the 2020 election.