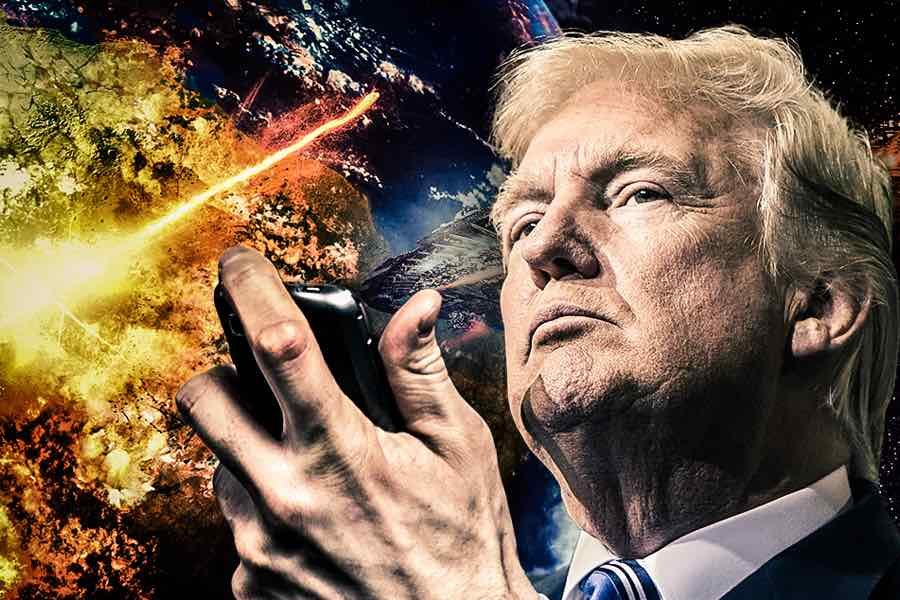 Trump is going to be impeached by the House.  The House investigation has uncovered and is continuing to uncover a cesspool of violations of law, abuse of power and corrupt practices by multiple players who are more likely to end up in jail than Trump himself, at least until Trump leaves office.  Guiliani, Barr, Pompeo, Pence, and many others were complicit with Trump’s illegal activities and abuse of power in which he put himself and his personal interests above those of our national security.  Even if Trump did not know any better, these people did.  They stand to lose their reputations, their law licenses, and may well end up doing jail time as this scheme and probably others, get exposed.  Just as Paul Manafort and Michael Cohen are doing time for Trump’s illegal activities, this group of enablers will face similar consequences for campaign finance violations, extortion, and bribery.

As this investigation picks up steam in the House (which it is) we will see more people coming out of the woodwork (they already are) to tell us the truth. More and more of Trump’s people are getting caught up in the tangle of lies, the cover-up and the violations of law that Trump has spawned.  He is a one man crime wave.

The firm that represents whistleblower #1 has been approached by at least one more whistleblower (and apparently even more than one). This second informant has first-hand knowledge.  This second whistleblower is not lodging a NEW complaint with the Inspector General.  If that is the case it means the original complaint is something he or she is going to verify with first-hand information.  This second whistleblower is also likely to be someone in Trump’s inner circle, very high up.  If he had first-hand knowledge, then he was most likely one of the dozen or so people on the call listening in when Trump talked with Zelensky soliciting a hit job on Biden if he wanted the 391 million in allocated funds from Congress that Trump was dangling but only if Zelensky gave him what he wanted.

Republicans understand that what Trump did was wrong.  Not just wrong.  These acts constitute a serious impeachable offense and imperil our country’s national security.  They also expose Trump and his gang to a number of indictable offenses that would be a piece of cake to prove up because Trump himself confessed to the underlying facts on national TV, released a transcript that is damning on its face and there are text messages to prove it up as well.  What can Republicans even say that will contain the damage? That’s why there was no one on the Sunday talk shows representing the White House and Republican talking points other than poor Ron Johnson (R- Wisconsin/Trump supporter).

Johnson appeared on Face the Nation and was trying to pretend that he did not say what he already DID SAY to the Wall Street Journal –namely, that in Trump/ Guiliani communications with Ambassador Sondland there definitely WAS a quid pro quo being discussed.  It was embarrassing to hear Ron Johnson try to powertalk his way out of the truth he had already shared with the Wall Street Journal.  Chuck Todd did a good job confronting him about his backpedaling to try to Make Trump Happy Again.

What can they say?  These acts by the president and his inner circle are indefensible.

That’s also why Republican lawmakers in Congress are scurrying down the back hallways and staircases like rats doing their best to evade journalists because there is nothing at all they can say that will contain the fallout from the self-impeaching Trump bomb that is currently exploding in Washington, D.C.

Trump has become a walking, tweeting, shouting dump of incendiary speech and grievance.  He has called Mitt Romney a pompous ass because Romney let it be known he was appalled by Ukrainegate.  That was Trump’s way of warning other Republican Senators to stay in line.  He is calling for the whistleblower’s identity to be revealed and called him a spy.  When it comes to his own defense, Trump is all over the map.  Denying and then blaming Rick Perry (what???) and then defiantly committing even more impeachable offenses in plain view.  He not only stands in front of his chopper and doubles down on his confession about soliciting Ukraine for a hit job on the Bidens, but he goes even further by inviting China to do a hit job on the Bidens and Elizabeth Warren too for good measure. Illegal.  Immoral.  And impeachable.  And, no, he was NOT joking, as Marco Rubio feebly tried to play it off.  Listen for yourself.  Trump is only out for himself.  He is a danger to our national security.  The Republicans know it.  Shame on them for protecting Trump.

Trump believes the best approach after being exposed for doing something wrong is to try to deny first ( it was a “perfect” conversation) but if that does not work then confess and claim everyone else does it and then yell about how THEY are all corrupt, blame a fall guy for what he’s done, and then get belligerent about how right it is to do what he did and whine about how he is being treated unfairly.  This guy is a total wimp!  How can his followers not see this about him?  This is not the way a truly strong man acts.  Trump is a really weak guy who plays a strongman on TV and on Twitter.

Unlike the Mueller investigation, this investigation is yielding information quickly and in real time as more people step up to tell the truth to the House committees and testify about what they know.  Information breaks every day and, at times, every hour, exploding the Republican defenses almost as soon as they put out their trial balloons.  The whistleblower had only secondhand information.  Well, now there is another whistleblower with first-hand information who has come forward.  There was no quid pro quo.  Nope.  There WAS a quid pro quo as revealed in the text messages Volker turned over to the House.  Trump didn’t mean what he said.  He was joking. No. Watch the clip for yourself.  Trump was not joking.

Why is this investigation different?  Partly because this offense is easy to understand.  And partly because the Dems are running the show, not the Dept of Justice.  During the Mueller investigation DOJ was keeping everything under wraps and Mueller never allowed any leaks (I think that was one of the reasons Rod Rosenstein chose Mueller in the first place along with the idea that Mueller would follow the OLC DOJ rule that a sitting president could not be indicted- which Rosenstein knew, I think, before appointing him.) The goal was containment and disinformation. Once the Report came out, AG Barr mischaracterized it and Mueller was a terrible witness because he believed he could not even impugn a sitting president let alone indict a sitting president.  That result from the Mueller investigation gave Trump even more of a sense that he was above the law, a king, not a president.  He felt he could get rid of all the minders who were left and keep only the “yes” men, which he did.  And this is the result- a president and All the President’s Men who have gone off the rails and will be impeached by the House.

Some people are worried that Trump will be impeached by the House but not removed from office by the Senate.  In some ways that would be a better result for the Dems.  Think about it.  If he is impeached and all this negative evidence comes out, his co-conspirators are getting impeached and indicted while he still clings to power because the Senate will not remove him despite the damning evidence, it will fall to the American people to rise up and vote him out of office in rebuke.  I think the American people will do that.

If that happens, any one of the Democratic presidential hopefuls could win against such an enfeebled president.

If, on the other hand, Trump is removed from office and Pence is implicated (notice how Trump is insisting that Pence’s e-mails will show he was in on it), do not think for a minute that Nancy Pelosi would become the interim president.  That will not happen. That would be portrayed as the “coup” Republicans are already screaming bloody murder about.

Instead, what I think would happen is that Pence would resign and be replaced by someone chosen by Republicans who would appeal to many more Americans and win back the suburban voter, especially the suburban female voter.  My guess is that the Republicans would choose Nicky Haley, for example, and as interim president, she would pardon Pence and Trump and make a deal to get Trump to leave office.  That’s my take on what would happen if we get to the point where this administration is going down like pins in a bowling alley.  We shall see.

Meanwhile, contact your Senators and Representatives in the House.  If you want Trump impeached, tell them. Especially if you live in a red district or red state.  You have power. Force your congressmen to be on the right side of history by telling them what you expect of them. If they are already supporting impeachment, say thank you!  Our lawmakers are just people like you and me.  They need to know we support them if they are doing what we want them to do. 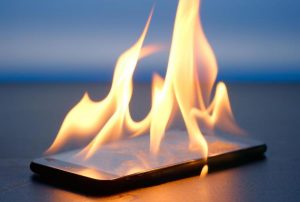 Previous post Text Messages Destroy False GOP Claim There Was No Quid Pro Quo. There Was. 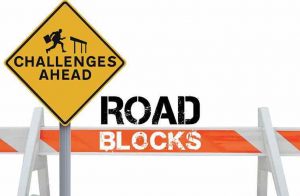 Next post As Americans Open Their Minds to Impeachment, Trump and the White House Put Up Roadblocks