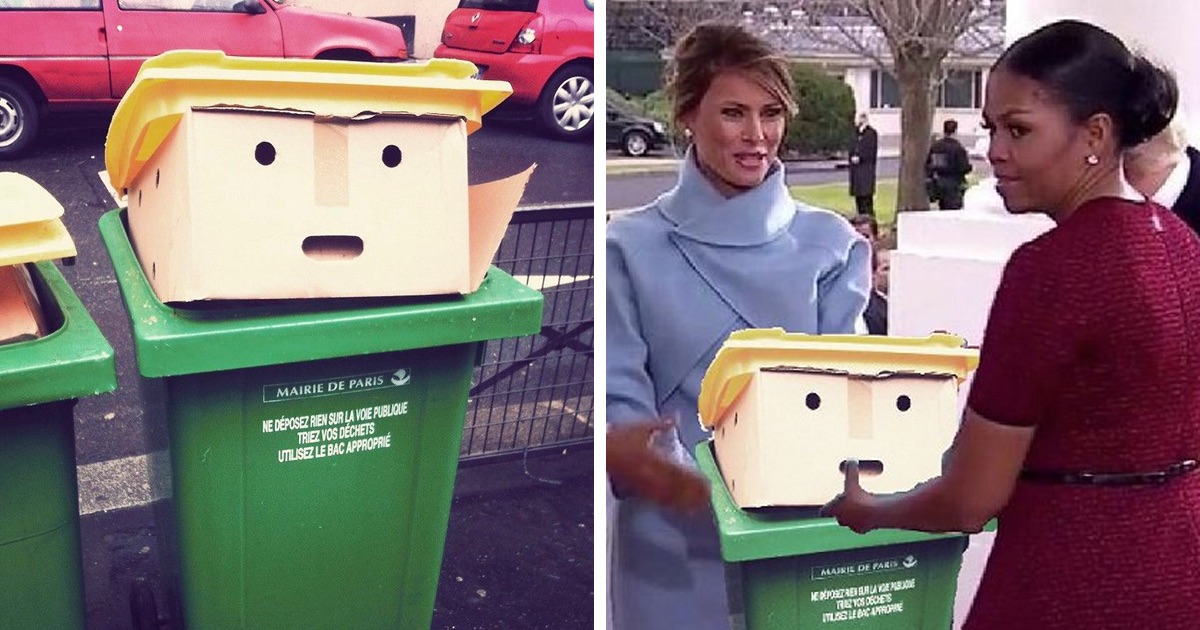 Joe Biden and his team have hit the ground running. They are flooding the zone– making changes that undo the damage of the Trump administration: the zero tolerance policy was abolished yesterday, consumer watch dogs have been empowered again, many people who had jobs in the Trump administration have been quietly removed and replaced by about 1,000 new hires on board with Biden’s goals, Biden has already signed over 3 dozen Executive Orders that undo Trump’s EOs and there is much more going on in this clean sweep:

MUCH OF TRUMP’S LEGACY UNDONE IN DAYS From the border wall with Mexico to the ban on transgender people in the military to travel prohibitions on majority-Muslim countries to the withdrawal from the Paris climate accord, many of Trump’s proudest “accomplishments” have been undone in just the first days of Biden’s administration. Trump’s failure to codify policies through legislation left them vulnerable to Biden’s signature on countermanding orders. [HuffPost]

If Senate Republicans try to block or neuter the pandemic relief package passed by the House, then Schumer will use “reconciliation” to pass the bill with a simple majority. The Dems are not about to make the same mistake Obama made by trying to work with wily old Mitch McConnell who knows every trick in the book to keep the Dems from getting legislation passed. The Dems got the power. They gonna use it.

The American people like what they see happening: Wow! a capable team managing our government for a change. No more nightmares about what the president is tweeting! White House briefings every day and a national plan for coronavirus including the Defense Production Act! OMG Government can be a good thing after all. How wonderful and refreshing is that!?!

Biden’s approval rating is higher right now than Donald Trump’s EVER got to in his 4 years in office.

Trump is out of sight– off of Twitter and social media. Thanks to that absence of Trump, Biden took center stage in the media.

But Trump is not out of mind when it comes to the Republican Party. Even in exile he continues to be the de facto leader of the Republican Party. This is remarkable because Trump is toxic in the world at large, his brand is the last thing you’d want on your building or golf course, and people who served in his administration are having a terrible time finding jobs now that they have left his administration.

Trump’s power continues unabated in state and local Republican districts that are full of deluded Trump supporters who have been lied to and are brainwashed by social media and conservative hosts. They still don’t think Biden won the election! Instead of educating the base about reality, the GOP acts like it is hopelessly, helplessly wedded to Donald Trump. In states that are becoming purple states like Arizona or Georgia, that Republican Party lock step with Trump could permanently damage the power of the GOP. Arizona is an example.

Over the weekend, the Arizona Republican Party, which had just narrowly reelected its pro-Trump chairwoman Kelli Ward, passed resolutions censuring three of the state’s most prominent Republicans: Cindy McCain, former Sen. Jeff Flake, and Gov. Doug Ducey.
What happened in Arizona — a longtime Republican state that Trump lost and where Democrats are ascendant — worries longtime GOP operatives like Michael Steel, a former top aide to House Speaker John Boehner.
“If you say to the people of Arizona that your successful, conservative, two-term governor is somehow a problem, you are dooming yourself to minority status,” Steel told CNN.
(Erik) Erickson agrees.
“A party that isn’t big enough for Dick Cheney’s daughter, Trump’s secretary of transportation’s husband, John McCain’s wife, and the sitting governors of Arizona and Georgia is a party not big enough to win,” he said. (CNN)
Trump’s second impeachment trial is coming. At first it seemed that GOP Senators might break with Trump. But no.  45 out of 50 Republican Senators led by Rand Paul voted to challenge the second impeachment of Trump, claiming it is not constitutional to hold a trial in the Senate because Trump is no longer in office. That is a wrongheaded, bogus “process” claim. Trump was impeached by the House while still in office. The Democrats were ready to rush to try him in the Senate before he became an ex-president. Chuck Schumer asked McConnell to call the Senate back quickly for a trial. Mitch McConnell refused. Trump then left office. Now the Republicans are saying it’s too late to try him because he is out of office. Foul ball!  In addition there is precedent for having a trial after someone in public office leaves the job. It has been done before. And it may be the only way to be sure that Trump doesn’t run for office again. Once convicted, Trump could be disqualified from holding office again by a simple majority vote in the Senate. You would think Republicans would want to take this fantastic opportunity to excise Trump from their party! But no.
Only 6 GOP Senators seem to be willing to consider convicting Trump for what he did by inciting an attack on the Capitol and endangering their lives and the lives of others, as well as holding him accountable for the 5 lives (now 6) that were lost because of the mob assault. Only 6 GOP Senators seem to be willing to consider evicting Trump from the GOP.  Any of these Senators themselves could have lost their lives when Trump’s goon squad attacked lawmakers at the Capitol looking to hang Pence and kill Nancy Pelosi.  Romney, Portman, Collins, Murkowski, Sasse, Toomey are the only members of the Republican Party in the Senate with the courage to stand up to Trump and his supporters. The other 45 are afraid of Trump and his vicious base.
But here’s the thing…the trial is going to go on.  The American people will see the evidence this time because McConnell is not the leader of the Senate anymore. The Democrats will put on the trial, and the Republicans are going to look terrible when they fail to hold Trump accountable for what he did. This is not going to help the GOP become more popular with the majority of Americans in this country. Americans are not in favor of domestic terrorism. The GOP is making a big mistake by failing to redefine itself right now before Trump has regained his footing. The GOP is fast becoming the party of crazed conspiracy theorists, white supremacists, Proud Boys, nut jobs, extremists, and haters who have no policy other than what they are against.  The GOP is dooming itself to be a smaller and smaller more angry and hateful party that will follow Trump off the cliff like lemmings to the sea.
Biden, on the other hand, is playing his cards well. He is jumping in with both feet to do whatever it takes to help all Americans get vaccines, revive the economy, kickstart climate change policies, make sure everyone gets treated fairly no matter what color skin they have. It’s Biden who is actually making America great again.
Biden understands the power of example. By his example he is modeling what it means to be a grown up. He is returning our government to an effective, productive, working team that is all in for America. He is showing us what good government looks like and acts like.
The Democrats stand to gain an estimated 30% of Republican leaning Independents who are appalled by the mob attack on the Capitol.
“If Biden could lastingly attract even a significant fraction of the Republican voters dismayed over the riot, it would constitute a seismic change in the political balance of power,” polling expert Ronald Brownstein notes.
How do we get past this mess Trump left us including nutty people who think Trump won when he lost, a vaccine debacle, an economy that only works for the wealthy, and a hollowed out government? If Americans start to feel safer and better; if schools can reopen, if the economy can revive… even people who thought Biden didn’t win the election will be happy he did win it. In other words…We change the channel to a better show.  That’s how.
Previous post Do You Enjoy Reading the Markin Report? If so, I need your help! 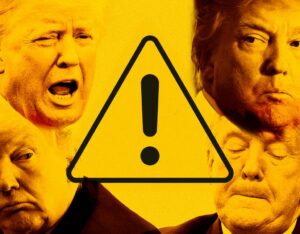